Funding for AICD’s operations is provided by the Agence Française de Développement, the U.K.’s Department for International Development, the European Commission, Germany’s Kreditanstalt für Wiederaufbau, the Public-Private Infrastructure Advisory Facility. The technical work for the AICD was undertaken by the World Bank, which contributed a substantial amount of staff time to the project. Technical support for data collection and analysis was provided by the Sub-Saharan African Transport Policy Program and the Water and Sanitation Program. 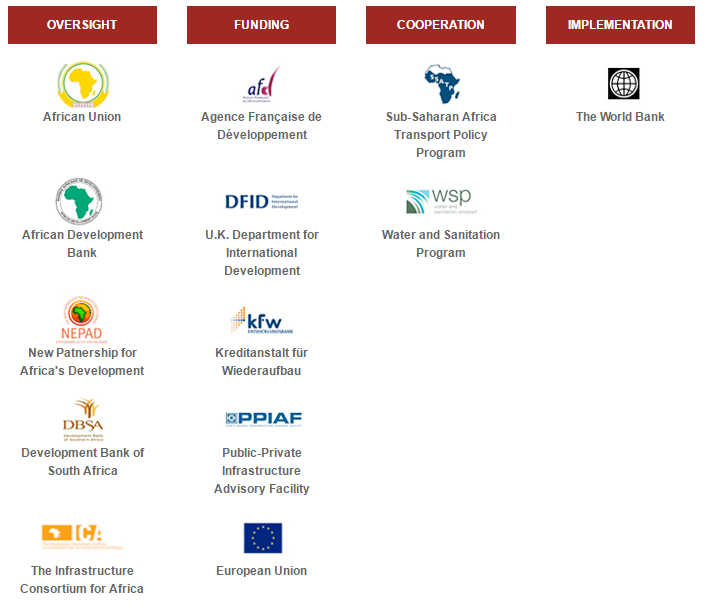 This report was undertaken by the director’s office of the Department for Sustainable Development in the Africa Region of the World Bank. A number of directors oversaw the implementation of the project throughout its life, including (in chronological order) Michel Wormser, John Henry Stein (acting), and Inger Andersen.

An editorial team comprising Bruce Ross- Larson, Steven Kennedy, and Joseph Caponio contributed significantly to improving the quality of the final manuscript submitted to the World Bank Office of the Publisher for publication.